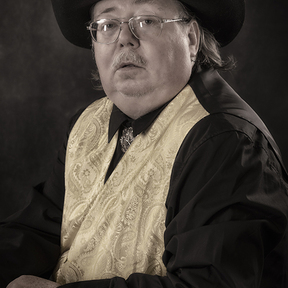 David “Glamour Dave” Nienow is a photographer, TV Producer, & Show Host based in Medford, Oregon. David “Glamour Dave” Nienow started photography in high school photographing BMX races for his cousins. David was both webmaster & site photographer for fitness models Tara Caballero, Erin Ellington, Melissa Budreau, and Brandy Maddron. David’s fashion, glamour has been published in French fashion magazines Fienfh, Moevir, and Malvie, Spanish fashion magazines Dolce, and Vous, Selin Magazine in the Netherlands, and Vigour Magazine and Mob Journal magazine in Canada, Spellbound Magazine in Great Britain, and Style Cruze Magazine in the United States. Fitness and muscle magazines MuscleMag International, American Curves for Men magazine, and Planet Muscle magazine have showcased David’s fitness photography. David’s fashion, glamour and portrait photography has been selected and showcased on 21 magazine covers. David has had his photography showcased in a group exhibition in 2005 at Echo Gallery in Chicago, and in 2010 exhibited in a group exhibition at Flash Gallery in Lakewood, Colorado for The Pinup Show. Published books of his photography can be found on Amazon.com. In 2022 David has published his first new portfolio book in 11 years with his Masterworks: Image Stories, Creation Process and Career Retrospective. In 2010 David retired from his photography work to care for his father full time after he had strokes. In early 2017, prior to the passing of his father David become a certified studio and field producer for RVTV in Ashland, Oregon. David produced and hosted 5 different active series until COVID brought his show productions to an end. David is a 14x winner of the Southern Oregon Television Awards and has earned 35 film festival awards from festivals around the world from his many show productions. In August 0f 2021 David signed a lease for his first commercial photography studio. The Glamour Dave Photography Studio is located in the historic Woolworth Building of downtown Medford, Oregon. David has earned 11 awards for his portraiture work from the Portrait Masters photo competition 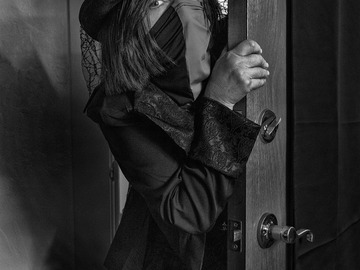